This meme started with PK, I think and more recently I saw it on Blondie's Blog.  It's long and it taxes your brain (well at least mine) but it's fun,


1. What bill do you hate paying the most?  I don't pay the bills but the cable bill seems ridiculous to me.

2. When was the last time you had a romantic dinner?  I think it was New Year's Day.

3. What do you really want to be doing at this time?  Exactly what I am doing.

4.  How many colleges did you attend?  Two

5, Why did you choose the shirt you're wearing right now?  Not wearing a shirt.

6.Thoughts on gas prices right now?  They're ridiculous - every state except CA seems to be a whole lot lower than ours.

7.First thoughts when the alarm goes off in the AM.  Have no need of an alarm.

8.Last thought you have before going to sleep?  Thanking the Lord for another day of living.

9. Do you miss being a child?  Sometimes, it was a nice easy time.

10.  What errands/chores do you hate doing the most? Anything to do with housework.

11. Early riser or late riser?  Unfortunately, usually, an early riser even when I don't want to be one.

13.Favorite lunch meat?  I really don't have one but if I had to choose I guess it would be ham.

14.  What do you get at Wal Mart every single time?  My husband

17.  Ever crash your vehicle?  I've been hit but never hit anyone else.

18. Strangest place you've brushed your teeth?  Have no idea.

19. Somewhere you've never been but want to go.  Vancouver

20. Would you like to start a new career?  Absolutely not.

22.  Are you where you want to be in life?  Geographically or emotionally?

23. Do you have a go-to person?  Yes, first and foremost my husband and after that, I can say I'm lucky enough to have several.

24. Growing up what cartoons did you watch?  Tom and Jerry,  Hekyl and Jekyl,, Bugs Bunny

25. What do you think has changed since you were in high school?  Everything, including me.

26. Looking back, were your high school years the best?  While they were great, I don't think they were the greatest.

27. Are there still times when you feel like a kid?  I wish, but then my body and the mirror remind me those times are long gone.

29.  Was there a hangout spot when I was a teenager?  I guess it had to be Stewart's Root Beer.

30. Were you the type of kid you'd want your kids to hang out with?  I guess so, I was adventurous but not bad.

31. Was there a teacher or authority figure who stood out to you?  I had several high school teachers that I admired greatly. One of my college professors that stands out was a Prof. Eaton, he made American History come alive for me and to this day I thank him and think of him often because of it.

32. Do you tell stories that begin with "when I was your age"?  At some point, I'm sure I have but it was so long ago it's like the dark ages and it takes someone my age to relate.

A CHANCE TO START AGAIN 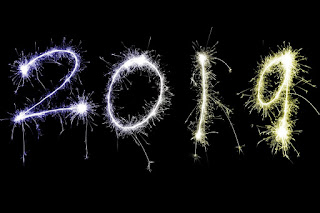 HOPE IT'S FILLED WITH HEALTH, HAPPINESS AND PROSPERITY FOR ALL. 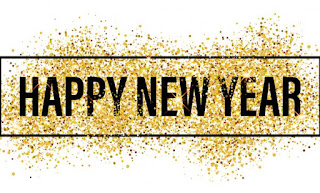