Hello all, those of you digging out from Snowzilla, I offer my sympathy.  Those lucky enough to have escaped, be happy.  I remember digging out from those horrible storms - it's why I live in a snow-free zone.

The beginning and end of this story is very true.  As usual, I wait until the last moment to write a story to post on Monday.  One of these days, it might not happen.  This little ditty is mean to elicit smiles and chuckles.  Hope it does.

Okay, time to get down to business.  It’s 9:00 Sunday morning, the program Sunday morning is over, breakfast cooked and eaten, kitchen cleaned, a load of sheets in the washer and the first football game starts in four hours – I have to get a story written for tomorrow.

I was never one to like deadlines, rules, and regulations.  From an early age, I hated being told what to do and chaffed against instructions, guidelines, directions, time limits, you name it and I was against it if only to be obstinate.  I was a sterling child, I questioned everything.  My dad used to call me the family lawyer because  I always had to have the last say in an argument, discussion or debate.  Opinionated, you bet.

Okay, another hour has passed as I procrastinated.  The deadline is getting closer and there’s still a story to write.

Back to the story.  Anyway, I never lacked dates but after a while, the men I dated didn’t like being subject to my barrage of questions, (one fellow even told me he felt as if he was being interrogated by the IRS); my expressed opinions ( whether asked for or not) or just my all around take charge personality.  It stood me well at work, but in my personal life, it was another matter.  One of my colleagues once told me I was intimidating and much too strong a personality for most men.  He went on to say that most men didn’t want to put in the work, they wanted a go along, get along gal and I certainly didn’t fit that description.

So, I took Barry’s comment to heart and figured that I’d either end up alone or learn to play along.  I didn’t see me changing so I figured I'd end up an opinionated old maid with fifty cats.  That’s when Charlie Humboldt entered the picture.  He was a sportswriter for a national magazine and traveled extensively following sports legends everywhere.  Maybe that’s why we made it.  With him gone so much of the time, when we came together it was all about ‘monkey sex,’ or more like rabbit sex, because we went at it like rabbits.  There wasn’t any time for him to become disenchanted with my opinionated self.  He was in, on me and then gone.  It was perfect.

Perfect until.  Yeah, there’s always an until, isn’t there?  The until was Charlie’s horsing around with one of his ‘beloved’ sports heroes and good friend, Bret Julian.  Football season was over and Bret Julian was home and bored and after an unusually heavy snowfall decided a sledding competition would be great fun.  Naturally, he challenged his friend Charlie and a couple of others. You know where this is going, right?  Yup. The competition was down to just three competitors and Charlie hated to lose. I’m not going to tell you he lost because he isn’t a loser.  Let’s just say the tree won before he could lose.  His sled slammed into a tree and while it continued on down the hill and beat the others, the rules stated it needed a driver to win. The driver was back at the tree clutching his leg and screaming in pain.

“I’m not saying it didn’t hurt, but men can be such babies.  Granted, I am not the best nurse in the world, but c’mon.”

Okay, I’m getting ahead of myself here.  To make a long story short, Charlie broke his leg. Since he lived in an apartment with stairs and no elevator, we decided it would be best if he stayed with me as he healed.  His friend Bret arranged for the team’s physical therapist to get Charlie back on his feet in private sessions at my house.  It was great except for one thing.  During the therapy sessions, Charlie was stoic, macho, clowning and joking around, an all around fun guy.  The minute that therapist was out the door, Charlie turned into a fecking asshole who roared out orders and opinions about what and how I should do things.

At first, I chalked it up to his injury and bit my tongue. But after several days, a very sore tongue, and a calm discussion (okay, it may have been a little heated), I told him what he could do with his orders and opinions.  Charlie didn’t take too well to my diatribe and even injured he managed to upend me over his good leg and beat my butt.  All right, it was only a few swats, but still.  I didn’t kill him right then, I figured I would wait until he recovered some.

He seemed very satisfied with himself when he rolled me onto the floor and I think he expected that little spanking would somehow change my behavior.  Boy, was he wrong, all it did was fuel the flames.

When he barked out his next order, I told him just what he could do with it and if he didn’t like the way I did things, he could leave and not to let the door hit him in the ass on the way out.  Well, you can just imagine how that went over.  Yeah. Exactly.  I was back over his knee and this time, it was more than just a few swats.  It was an “I’m going to blister your butt,” spanking and he did.

And then a funny thing happened.  Sometime in the middle of that assault on my behind, I began to get these fluttering feelings in my lower regions. “What the hell is that?,I asked myself.  The harder he spanked, the more excited I became.  I found myself grinding my pelvis into his hardened thigh.  I wanted release, I was begging for release one way or another.  Judging by the bulge I felt under my thigh, I knew he was experiencing the same reaction.

Before I even knew what was happening, I was draped over the side of the sofa, my shorts off and he was situating me to ‘ride em cowboy.'  It was a hot, short ride.
FAST FORWARD

Needless to say, there was no way I was giving up my Charlie after that.  He was what I’d been searching for my whole life and didn’t even know it.  We have an exciting life, both in and out of the bedroom.

By the way, that first spanking, or should I say second spanking, netted us little Charlie and Jackson.  Believe me, the testosterone in our house runs rampant, a girl has to be strong and opinionated to be heard above the racquet.

The story will have to wait.  It's game time.  Maybe I can convince Charlie to give me a little incentive to meet my deadline after the game.

See you later for more Aimless Rambling.  If you've heard joyous sounds coming from the southwest, my team pulled if off.  As usual, it was nail biter at the end. 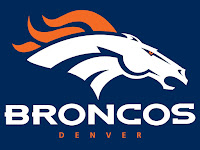 Posted by Aimless Rambling at 6:30 PM